A picture is worth a thousand words, and there might be enough here to describe the incredible experience of marching with my sisters for equality this Saturday in Chicago. As many as 250,000 people took to the streets to support each other and make our voices heard. There was not a single act of violence, though someone did bump into me on accident, then apologized and paid me a compliment. There was no stolen or damaged property, though I did tell a woman she dropped her phone so she wouldn’t step on it.  Oh, and someone drew a peace sign with their finger in the dirt on the window of a parked car on the street. The owner of the 7-11 we stopped at mid-route said it was his busiest day in ages (“so thanks, Trump”). We had an immense dance party under a viaduct. We sang, chanted, cried, held hands, and told stories. I met little girls who were just learning about the world and the injustices that we are facing, and elderly women who have been fighting for decades, saddened and disgusted at the few steps forward and many steps back they’ve seen in their life times – “Always an uphill battle, but women have never laid down and quit”. There are so many micro-causes involved in feminism with layers and layers of intersectionality, and people showed up from to represent it all. I’m so grateful to have had the opportunity to march with my sisters of every walk of life. WE WILL BE HEARD

*Special thanks to my dear friend Carmela for not only rallying with me, but letting me take a million photos of her. This woman is a warm flame; both comforting and fierce. 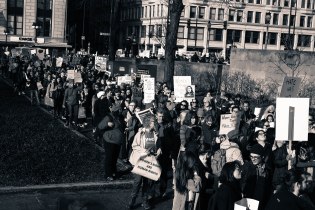 Both bridges were packed

The support of male allies was so beautiful 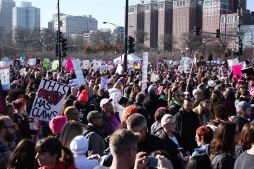 people as far as the eye could see

The little girls were so incredible

“pussy” hats all over

This little girl had the best fashion sense 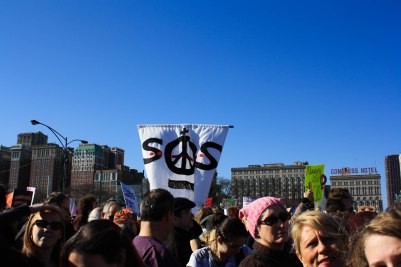 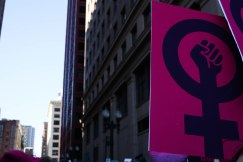 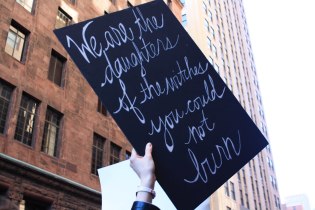 I asked to take her picture for my blog. She gave me a sticker that says “you are beautiful”.

the effort and artistry that went into the signs was incredible 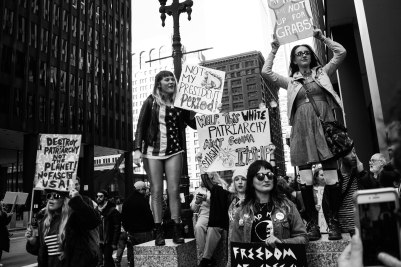 “sage against the machine” 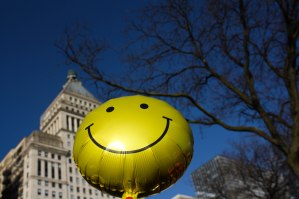 “they don’t want to see us truly happy, but we find ways”

2 comments on “Women’s March on Chicago”